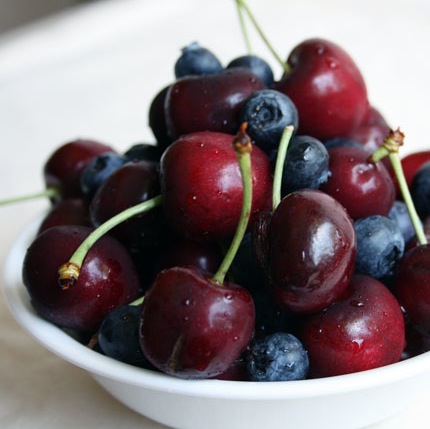 Exercise-induced muscle damage, also known as delayed onset of muscle soreness (DOMS) is a concept stimulated both by intensity and the mode of exercise. Furthermore, this so called understanding of muscle damage is characterised by typical responses that you most likely have experienced after strenuous exercise; for instance, delayed onset of muscle soreness, which occurs 24h-72 hours after exercise. However, despite such feelings of soreness, muscle damage has further negative implications which can impair the functional capacity of a muscle(s), limited movement, and inflammation (Stupka et al., 2000).

Therefore, it is important for us to find and implement strategies to prevent and improve the process of recovery to sustain optimal functioning, in addition to relieving the symptoms and the occurrence of muscle soreness. 5 top tips as to achieve this are listed below and how you can use them in regard to recovery after a pilates class.

Caffeine is the most widely used drug worldwide, and it’s use among athlete populations has been illustrated as a frequent aid for performance, in particular, caffeine’s capacity to decrease ones feeling of exertion during exercise and muscle soreness; this is due to caffeine’s blockade of receptors within the brain, influencing both the peripheral and central nervous system.

How to implement caffeine ingestion?

Consume 5mg.kg.body weight i.e. 350mg for a 70kg individual. This can be ingested in a supplemental form or coffee drink (2-3 cups) ingested 1 hour prior to exercise.

* Note – if you consume caffeine on a regular bases, the aforementioned intake may have to increase.

* Note – do not consume with milk, only water.

Cherries and Blueberries contain a mixture of micronutrients and different compounds, in particular, anthocyanins, which illustrate significant antioxidant capacity, that help attenuate muscle repair and recovery.

How to implement blueberries?

Make a blueberry smoothie between 200g – 350g, and consume 1 hour before and immediately after exercise.

How to implement Cherries?

Tart or Montmorency cherries are to be consumed 20 minutes after exercise in drink form otherwise you are welcome to eat 40-50 cherries! The cherry juice is sold by different companies in a concentrated cherry juice form. CherryActive is a respectable brand to purchase from.

Omega-3 is an essential fatty acid, and is also known as polyunsaturated fatty acids (PUFAs). Furthermore it is this term ‘essential’ that highlights the importance to consume adequate amounts of omega-3 as the body cannot make them. Omega-3’s direct impact on recovery may be suggested to influence a reduction in muscular fatigue, soreness, and inducing an anti-inflammatory effect (Mickelborough, 2013).

How to take omega-3;

Omega-3 can be consumed from dietary intake. However, one must ensure that they are consuming enough to meet the dosage of up to 2 grams per day.

*Note – supplemental ingestion should not exceed 3grams (3,000mg) per day if used to decrease muscle soreness and pain.

Turmeric has been shown to improve the recovery process by reducing muscle soreness and inflammation.

Turmeric can be consumed in the following forms;

* Combining the ingestion of black pepper with curcumin helps to enhance the absorption of curcumin.

* Turmeric and curcumin are shown as a safe compound for ingestion even at higher rates than those specified above; however, refrain from ingesting more than the specified daily (Gauri, 2010).

Carbohydrates (CHO) serve as a primary fuel source used to supply energy, whereas protein, despite being able to act as a fuel source for the body provide to energy, its primary role is to aid in the process to build and repair.

In regard to CHO ingestion post exercise, the main aim is to replenish the endogenous (internal) body stores of CHO which is in the form of glycogen, and it is the liver that acts as the primary store of glycogen.

On the other hand, the main aim of dietary intake of protein is to achieve a state of positive protein balance, thus, ensure to be meeting a protein intake between 1.2 – 1.6g/kg/ body weight, which equates to 84 – 112g per day of protein (this is based on an exercise lifestyle, based on a 70kg individual.

How to implement for recovery?

The following food sources of protein are shown to have the highest rating of protein;

* Please contact Fil Poeira for guidelines into dosing and timings if more detail is wanted.